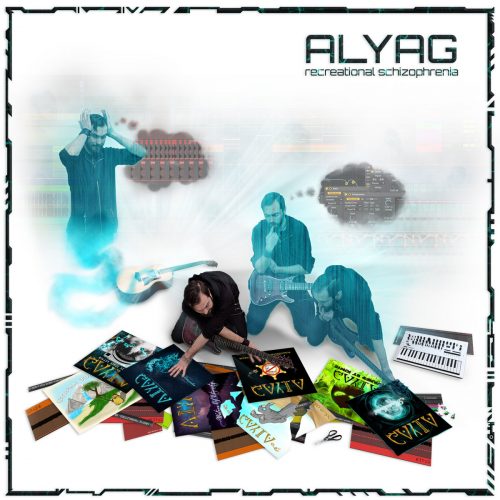 If one were to sum up the debut electro-psy-funk-blues-disco-synth-metal EP from Alyag within the parentheses of a ridiculous run-on sentence, one might say it sounds like a crowd of feral gremlins stomping frivolously at a bouncy funky neuro-disco rave to the sound of Euro-trance gated saw jitters blasting laser sounds overtop a shield-wall of down-tuned guitars chugging along to the rhythm of Viking-esque war drums beating a heavy electro beat while a drunk mountain troll blows a tremendous air horn in the distance and causes an avalanche.

The artwork depicts the early process of trying to figure out how to piece together a live performance set, clipping together snippets of highly varied tracks to form a cohesive, continuous mix.